A Coventry-born artist and successful graduate is holding a fascinating-sounding exhibition in London.
Jack Foster who is from Allesley, Coventry, studied on the foundation diploma course at Coventry University then the BA, graduating this year with a First, and winning the Coventry University drawing prize. I liked his works in the university degree show, writing at the time in Private View that his works for that focuses on religion, pilgrimage and superstition, and were “intriguing and well executed”.
Jack sent a proposal for an exhibition to the British Humanist Association, and the result is a show at Conway Hall, Red Lion Square, London, until the end of January, entitled Methinks It Is Like a Weasel, described as a critique of religion and religiosity.

END_OF_DOCUMENT_TOKEN_TO_BE_REPLACED

An installation telling a story of suffering and survival in Siberia is a fascinating piece of work, and a great part of this year’s Coventry Peace Festival.
As a child, if he didn’t eat his dinner Adrian Palka used to be told off by his father angrily saying that when he was young he’d had to survive on just bark and butterflies.
Many years later, Coventry University lecturer and artist Palka traced the terrifying route of his father and grandfather’s exile to Siberia and found himself in the hot summer surrounded by the swarms of butterflies his dad had talked about. The result is Bark and Butterflies, an audio visual installation on show in the foyer of Coventry University’s Alan Berry Building (opposite the cathedral steps) until Friday evening, and very much worth a visit.

END_OF_DOCUMENT_TOKEN_TO_BE_REPLACED 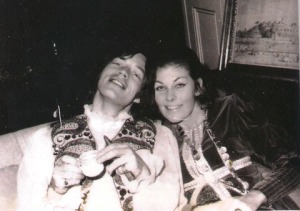 After a varied past featuring Mick Jagger and Capability Brown, Canaletto has come home to the castle, for a month anyway.
At an atmospherically-lit opening night with prosecco, canapés and the great and good of Warwickshire for company it was a charming welcome back for the works.
Two paintings of Warwick Castle by Canaletto from 1752, owned by Birmingham Museum and Art Gallery, have been loaned to go on show in the room they used to hang in until November 29, and can be seen by all paying visitors.